Tous Touch for her
Table of contents 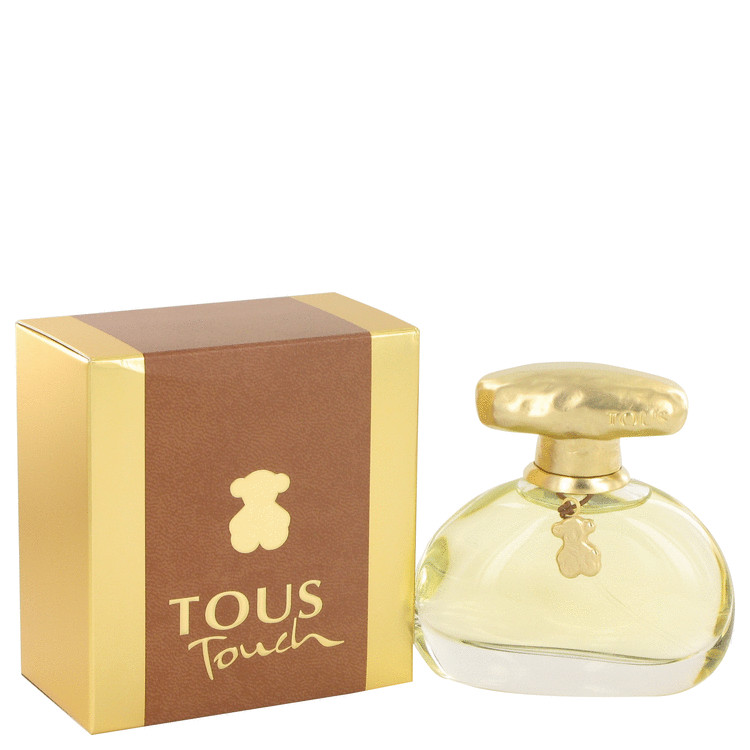 This Spanish accessories and jewlery house also creates fragrance for men and women. Tous Touch is a fragrance for women composed by Sophie Labe. Top notes of lotus, freesia and lily of the valley, blend with heart notes of white flowers and jasmine and with a dry down of vanilla flowers almond and raspberry.

You’ve probably seen it – your mom, grandmom, or friends dabbing perfume on their wrists and rubbing them together. It’s one of the first fragrance habits we ever learned (and one of the hardest to break). But rubbing Tous Touch perfume into your skin causes the top notes to fade and evaporate before they can settle. This means the notes that made you fall for the scent to begin with never truly translate onto your skin. You want your Dana perfume to slowly mix with your skin’s natural oils – it’s what makes your scent last and smell slightly unique to you. Also, rubbing Tous Touch by Tous Eau De Toilette Spray 1.7 oz perfume onto your skin causes friction, which can heat up and change the scent. So how should you apply your perfume? Focus on the spots your fragrance loves most – your pulse points.

First things first – what and where are your pulse points? Your pulse points, located on the inside of your wrists, inner elbows, below your belly button, and behind your ear lobes and knees, are where your veins sit closest to your skin, so you can (literally) feel your pulse. These warm spots on your body emit extra body heat, which helps to naturally diffuse a scent. To apply perfume to your pulse points, spritz or dab it (remember, don’t rub) on a few or all of them, and your Tous Touch by Tous Eau De Toilette Spray 1.7 oz fragrance will linger all day.

Ever find yourself lost in someone else’s fragrance cloud? Not fun, right? The key to keeping your Tous Touch by Tous Eau De Toilette Spray 1.7 oz fragrance pleasant and not overpowering is to diffuse it all over, and not concentrate it in one (or every) area. You want your Tous Touch fragrance to complement you and enhance your natural scent – not completely mask it. Instead of spraying perfume all over, dab it onto your pulse points and then do what we call a “spritz and step.” Spray your Tous fragrance in front of you, then walk right into it and back out. This will leave a light layer on your clothes, and make sure you’re covered (without overdoing it).

Speaking of clothes, applying a little perfume to your clothing is a great way to keep your scent going all day long – just make sure it’s not something that can stain (like silk). Tous fragrance interacts with fabrics differently than skin, so it’ll probably smell lighter or slightly different – but still like your favorite perfume. Try spritzing some Tous Touch perfume in the air and waving your clothes around in it, or spritzing a bit on the inner lining of your coat or blazer. The result? A light wafting of your favorite perfume that will travel with you, wherever you go.

The best way to keep Tous Touch Eau De Toilette Spray 1.7 oz perfume fresh for as long as possible is to hide it away – seriously. Dark, dry places are the best go-to’s for fragrance storage. The catacombs of a closet or a dark box are ideal for storing a brand new bottle of perfume.
But how long will the new Tous fragrance last? Perfumes not only dilute and lose their flavorful allure over time, but discoloration and degradation can lead to bad-smelling perfume. If stored incorrectly, perfume can start to go bad after a few months. 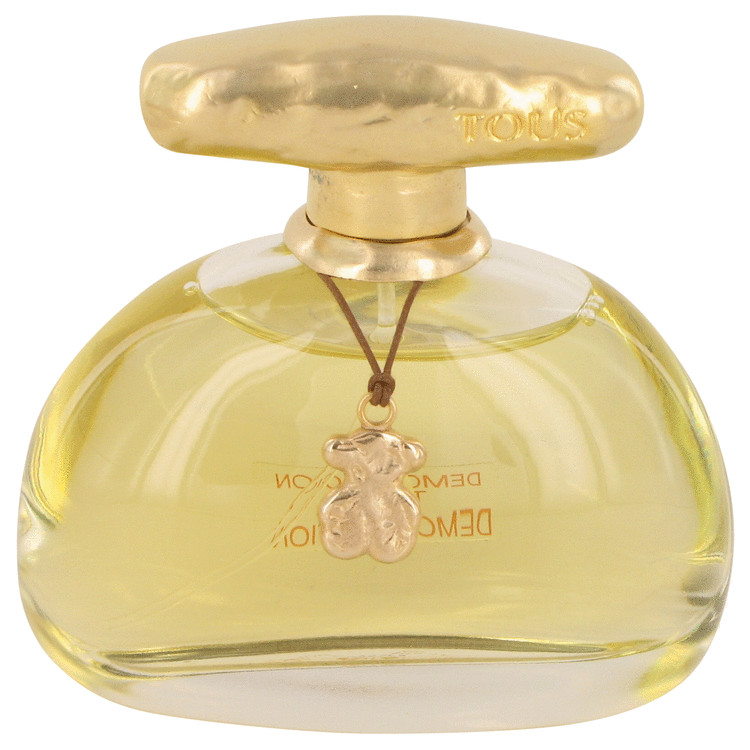 How to store Tous Touch Eau De Toilette Spray 1.7 oz perfume for her:

It’s important to note that Tous Touch perfume will stay pristine until it’s opened. Introducing a bottle of fragrance to oxygen causes the scent inside to dilute and become oxidized. With more oxygen and less scent in the bottle, it’s only natural the smell will diffuse. The clock starts ticking after the first use, so be mindful of when you debut the new fragrance.

H2O is a force to reckon with. Similar to other substances, water damage will destroy a Tous fragrance. Humidity affects a perfume’s make-up and can cause unwanted chemical reactions to occur.

This can be tough to avoid if you’re in a humid environment so if this is the case be extra cognizant. Have a room with a dehumidifier? This is the ideal place to store your Tous Touch fragrances.

Tous Touch Perfume bottles can be as extravagant as mini chandeliers – when the sun hits them, rainbows and crystalline visages spray across your bedroom. However, they shouldn’t be kept as a centerpiece on your dresser.

Unfortunately, the introduction of light breaks down a scented liquid’s makeup and can melt its bottle too if it’s plastic. To avoid altering the sensitive DNA of a fragrance, store your Tous fragrance bottle in a place free of both natural and man-made light.

Yes, it’s called eau de toilette. No, it shouldn’t be stored in the bathroom. The most common storage mistake of fragrance owners is keeping Tous Touch by Tous bottles in the bathroom.

Reiterating the need to store your fragrances in a dry place, bathrooms have both extreme humidity and temperature fluctuations – the perfect blend for a Tous Touch perfume graveyard. Instead, look for a closet or cupboard outside of the bathroom to store your perfume.

Keep the Tous Touch Eau De Toilette Spray 1.7 oz Perfume Bottle Sealed When Not in Use.

Keep Your Tous Touch Perfume for her in Its Original Bottle.

Keep Tous Touch by Tous Perfume for her in the Original Box.

When in doubt, look no further than the Tous Touch by Tous fragrance’s original box. While the cardboard may seem flimsy and irrelevant, these boxes were made to hold the aromatic elixir within.

Storing a Tous Touch by Tous perfume bottle within the original box can drastically increase the life of a scent. When paired with a closet or dark cupboard, you have a fail-safe method of essence endurance.

While this may seem obvious, it’s an important tip to keep top of mind. Keeping a top-tier fragrance on the top shelf is a recipe for downfall. Spilling a Tous Touch by Tous bottle of perfume is sad and unnecessary and can leave a room smelling strong for weeks.

Use Smaller Tous Touch by Tous perfume Vessels When Traveling. 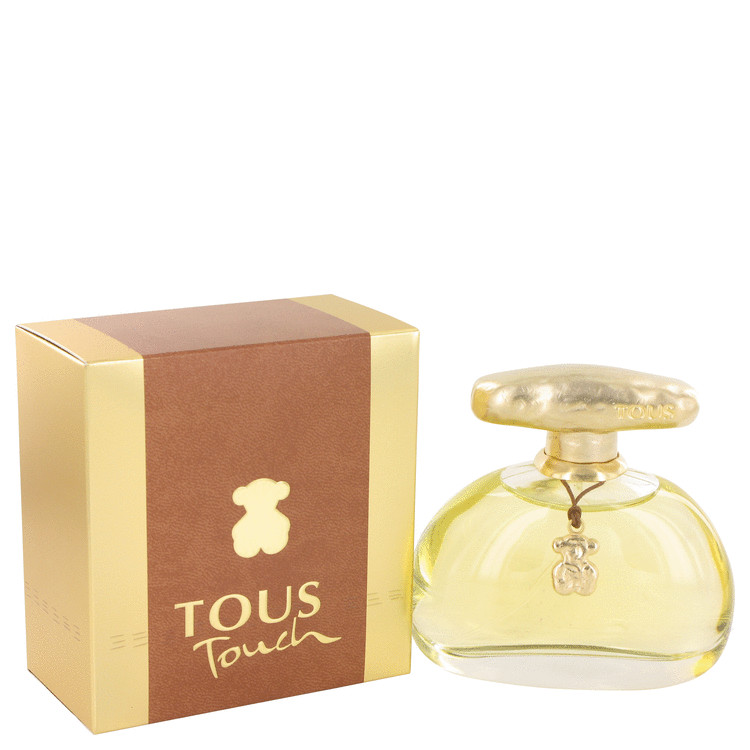 Keep your Tous Touch perfume in someplace cool and constant. Make sure your bottle is in a spot free of polar temperatures – whether hot or cold. 60 degrees is the sweet spot you should aim for.

Store Your Tous Touch Perfume In an Air-Tight Container.

There are no reviews yet. 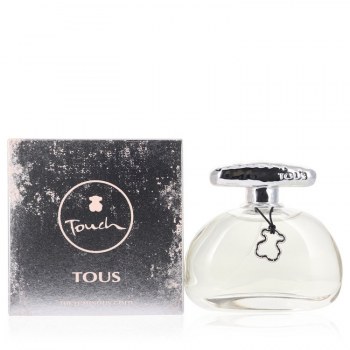 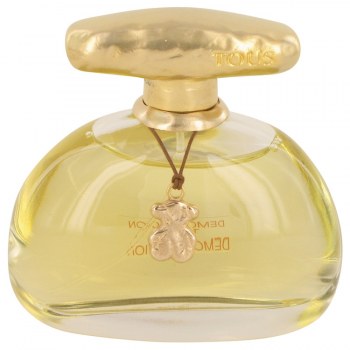 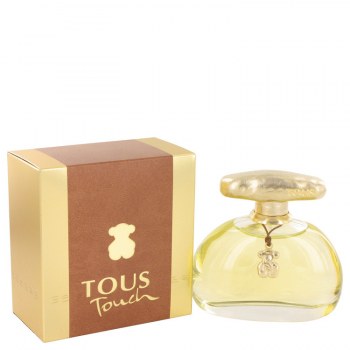